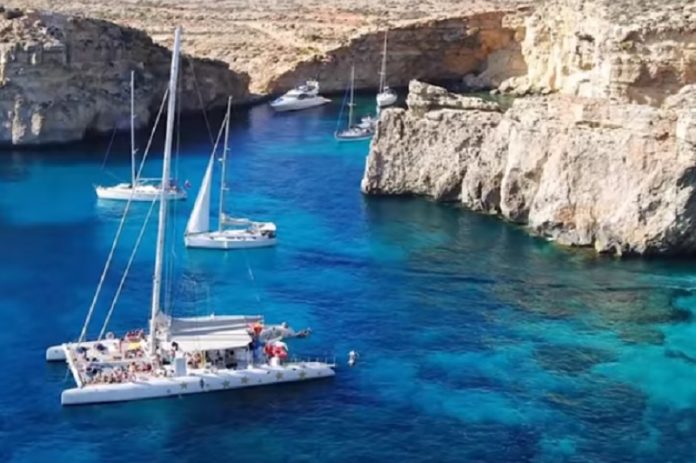 What’s a wealthy American to do with their money, especially when they own everything they need or want already? Well, these days, the answer might surprise you, especially considering they’re using it as a status symbol.

While most everyone dreams of traveling the world, wealthy people often do just that. However, some wealthy Americans are going to the Mediterranean of late, and not just because they want to travel just for the hell of it. They want citizenship in the European Union to get a second passport.

One easy way for people with money to burn (or invest) is to buy real estate on the Mediterranean island of Malta. The Maltese economy is “one of the world’s strongest,” and overseas buyers are flocking there in droves. With apartments ranging in price from $247,000 to $505,000 for two-bedrooms along the coast, and upwards of $4.7 million for a four-bedroom estate further north, snatching up a piece of Maltese property can be as easy if your wallet’s big enough.

Part of the reason for Malta’s economic success is what it calls the individual investor program (IIP), which, under certain conditions, allows foreigners to essentially purchase citizenship in the country… Legally, by purchasing real estate. According to the report, the IIP:

“…Offers citizenship to applicants who rent to buy a property … They’re taxed relatively little – income tax is a maximum of 35% and there are no wealth taxes.”

But, the rules of the different investment programs are relatively strict, and mostly only feasible for the wealthy. Some of the requirements include:

Malta says all sales are expected to close from between three to six months, and foreign buyers are only allowed to own one property.

Once a buyer meets all those qualifications, and citizenship is obtained, that new citizen can request a passport. If a foreigner becomes a citizen, that person is also entitled to all other rights and services Malta has to offer. Including, according to the president of Arton Capital, Armand Arton, better education, security, quality of life, as well as business opportunities and global mobility, among other things. Not to mention the island’s beautiful weather.

While the conditions of the program are strict, they are legal, and what Americans are using to gain citizenship – and that second passport. How’s that for a status symbol?