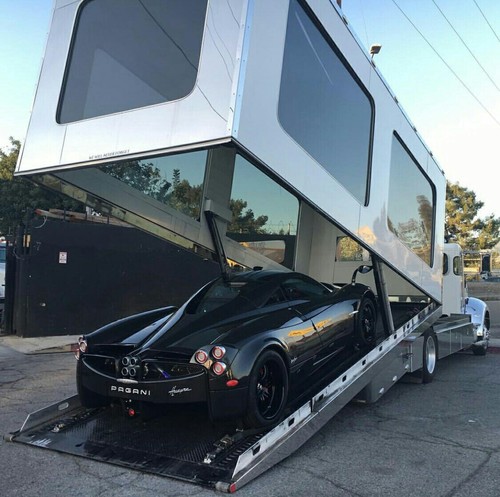 The international automotive market has a couple of potential challenges for 2017 to solve. Should we expect the rally in crude prices to continue? Will populist politics continue to spread and lead to more shock geopolitical results?

And then there’s China’s GDP; will the growth continue, or should we expect its rising debt levels to start weighing on demand? And what will Donald Trump’s presidency effect on global economy be? These are just some of the auto issues that could reshape the sector. Even if we do not factor in the increase in EV sales and the dawn of autonomous cars, 2017 will still have a lot of expectations to live up to.

In the end, the strength of 2017 auto demand will be dictated by macroeconomic conditions. At the moment, they are confused and deeply mixed across the world, seeing the series of shock events we the industry has suffered in 2016. Given the volatility of current conditions, it is indeed remarkable that auto sales have been so strong over this past year.

Sales in China have been one of the key factors in the industry. Vehicle tax subsidies have stimulated the vehicle sales throughout the year, and are expected to rise from 5 percent to 7.5 percent at the beginning of 2017. A single glance at the pre-tax cut China auto sales figures is enough to estimate the impact. Therefore, China sales will likely decline in the next year.

RELATED: Top Pre-Owned Sports Cars for Every Budget in 2017

Apart from China’s situation, 2016’s global auto sales across key auto producing regions have experienced a fall. It’s also worth mentioning that China has a rising debt – estimated at around 250% of GDP). Current liquidity could keep the China bubble continuing into 2017, but an end will eventually come.

Seeing that China is the world’s largest car market, this would have major consequences for the global automotive industry. Over the past few years, the sales growth in China has offered a significant boost to the auto industry elsewhere. In this context, the potential brutal fall in the sales is perhaps the most dreadful risk for auto manufacturers as we move into 2017.

U.S. is the great contender of the automotive market. Even though U.S. vehicle sales rose slightly in November 2016 (most likely because of ‘Black Friday’ deals), the sales of passenger car continue to fall. The market demand has increasingly shifted toward larger vehicle categories.

As a result, the U.S. auto fleet is unbalanced – to say the least – which could be a real problem for the industry in the eventuality of a macroeconomic downturn. Why? Because larger vehicle classes are usually affected the most by declining economic conditions.

However, in spite of the gloomy end of the year, early forecasts for 2017 U.S. GDP are rather positive. According to ACC predictions, the petrochemicals markets are also expected to grow, which have been nominated for key positions in Donald Trump’s government. Therefore, the industry could finally benefit from powerful government advocates when the new president begins his term in 2017.

In Latin America, volatility is the word of the day. It is caused by uncertainty over exchange rates and Trump’s policies. Continued political and economic instability also follows, especially in Brazil. In spite of the less-than-desirable conditions, Brazil’s GDP is predicted to fall less in 2017 than in 2016.

An unprecedented amount of technology is being poured out into the automotive industry. In turn, this is causing incipient trends to multiply much like cars do on the streets at rush hour. Given the recent developments, some of the trends for 2017 are inevitable. Others, however, are more disruptive, which causes unexpected changes in multiple areas.

Just think of the disruption caused by Uber into the taxi market. The transportation sector has been fundamentally changed, but other things will be shaken. Let’s look at some of the most anticipated trends in the auto industry in the year to come.

1. Buttons and knobs will disappear.

But this is not exactly a surprise for us. We have already become quite familiar with their replacements – touchscreen, voice control, capacitive touch, and gesture control, among others. However, Amko Leenarts, the Global Director of interior design at Ford, thinks they won’t make physical controls redundant. He and other designers say they only represent new and holistic ways of interfacing with the vehicle. Why couldn’t they co-exist with good old-fashioned buttons and knobs?

The National Highway Traffic Safety Administration estimates that, at any given moment, around 660,000 Americans are driving while also using phones and other electronic devices. At the same time, we don’t expect device addiction to slow down. On the contrary, the Pew Research Center reported that smartphone ownership is on the rise.

Around 53 percent of the adult smartphone owners who participated in the survey said they had been part of a distracted-walking incident. And while that’s not as fatal, it spells a lot of trouble for road manners. However, newer cars can feature some semi-autonomous functions that might buy smartphone-junkies a few critical seconds.

We are already familiar with 3D printing, but 2017 will allow us to see it applied in new areas, including the basic construction of a car. Mainstream carmakers and new players (like Local Motors) are looking forward to the involvement of 3D printing in the automotive industry. After all, this technique could reduce the costs of building things and challenge the traditional approach to car design.

Cars are currently designed to withstand 3-5 crashes and most of them have a 7 year “expiration” date. However, with 3D printing, the industry could build a car on a solid chassis with an outer body designed to sustain a single crash. Then, the basic vehicle skeleton is reused while everything else is cost-effectively replaced.

The new 3D-printed bodies could also deliver amazing safety, even if just for a single crash. It also allows carmakers and car owners a great versatility. Imagine how you could have your car be rebuilt to serve different lifestyles. You could buy a convertible when you are young and have it turned into a wagon adapted to a lifestyle with kids and strollers.

We all know that virtual reality creates a simulated world – and that’s something that we’re still exploring. On the other hand, augmented reality simply adds created elements to the real world with the help of advanced technology. Pokémon GO, the hugely popular game app for smartphone is perhaps the perfect example of AR.

But what about bringing the AR solutions to the auto industry? We should expect some applications to appear in 2017, starting with smart infotainment displays and head-up displays, as well as apps for repair shops. Seeing that cars are such complicated machines, AR could help mechanics have a visual of the things that need fixing before even touching a wrench.

5. Autonomous vehicles will drive the industry.

This one is pretty logical, considering the advancements of 2016. In 2017, a flurry of new autonomous functionality will appear in nearly every new car. Self-parking, adaptive cruise control, and other autonomous capabilities will become available from every auto OEM. It’s an unstoppable movement, and even though self-driving cars won’t start populating the roads in 2017, the goal is evident.

Keep in mind that Ford has already announced some plans to bring autonomous vehicles to mass production by 2021. Google, Tesla and (possibly) Apple are all working toward the same direction: producing road-legal driverless cars. We’re approaching the driverless future in strides.

6. Machine learning-based vehicles will be a thing.

The existing vehicle security features could definitely use an overhaul. Thankfully, we have just the thing to deliver it. Due to the latest resurgence in artificial intelligence technologies, machine learning could find a really profitable application in the automotive industry. Modern cars use software security technologies such as anti-virus to keep known and unknown threats at bay, but it’s not an ideal situation given the continuous new threats.

Machine learning in the AI world allows computers to learn on their own, which takes away the need to explicitly program them. Keeping them exposed to data helps them learn how to respond to new threats and scenarios – which makes them ideal for cybersecurity systems. The network in the modern vehicles could do with a security system that is self-adapting and self-defending. These applications could start appearing next year, among early adopters.

7. Sales in EV will increase.

Seeing the many different models on sale, it is safe to say that we are living in the electric vehicle era. However, buyers are still kept at bay by the fact that most EVs are small hatchbacks with 50 to 90 miles of real-world range. If you arrive at your destination or not in an EV is still uncertain. But seeing that the average round-trip commute of many Americans falls within the range of an EV, we should expect some sales increase.

Another application for AR in the automotive industry is in designing or shopping for a car. Potential customers could pre-see various elements of the car, including interior features, seats, or the overall shape. Indeed, the automotive sector is no stranger to prototyping, but AR will take it to a new level.