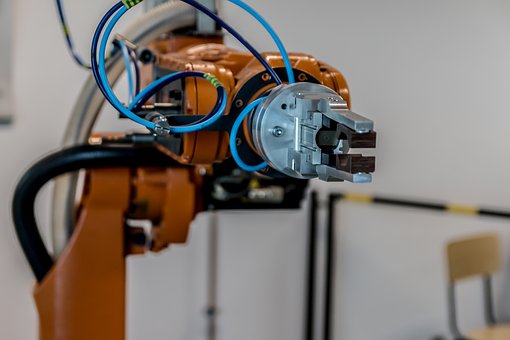 Understanding the factors driving industry today is the difference between success and failure.

One such aspect is the cost of automation. Maybe you've noticed new self service kiosks at your favorite fast food joint. Or perhaps you've read about new applications for drones in some of the biggest corporations. Many industries are considering how tech and artificial intelligence can help boost their bottom dollar. Some are relying on old fashioned machines and robots to get the job done.

It's not a new issue, but it is becoming more pervasive across the labor market. And we'll take a broad overview of how automation is impacting a range of industries. Whether you're seeing it where you work or not, chances are it's coming. So keep reading and we'll help you assess the cost of automation right now.

The True Cost of Automation

There are many different ways to calculate this cost. And you can bet a majority of executives are trying to get it to come out in their favor. But you really have to take a holistic approach.

First of all, there is the cost to shift your industry to an automated model. But then you have to weigh the labor cost savings, efficiency and many other factors. The companies that do it right could save a lot. But get the figures wrong and you could not only lose cash, it will impact employees from the top down. Automation covers a lot of ground. But in its most basic form, it refers to anything that reduces human labor. It has its roots in the manufacturing industry and has resulted in huge increases in productivity. These days, at least some aspects of almost all manufacturing operations are automated. It often refers to robotic equipment. Increasingly, tech advancements and algorithms are also replacing human workers around the globe.

Of course, it's not all good news. The cost to human labor has been real and extensive. It's not the only factor that has changed industries worldwide. But it is a major focus as governments and private organization work to provide new training. However you slice it, the cost of automation can be steep. It can also pay off big for those companies that figure out how to best use it.

How Does It Affect Labor Economics?

Depending on your perspective automation could be a blessing or a curse. At this point, it is affecting the labor market by causing more than a little trepidation among workers. Some industries are already implementing more automation while others are toying with the idea. And those humans who are doing the jobs being replaced want to know where they fit into the plan.

But on the other side, the increased efficiency is a boon for economies. For instance, gross domestic products can rise in connection with the added output of automated industries. And consumers win, too. That's in part because automation can be customized to smaller niches. So if you like a certain product a certain way, there's probably a much easier and cheaper way to get it. So from workers to owners to consumers at the end of the process, the cost of automation varies. The only consistency seems to be that more automation is coming -- like it or not.

What Are the Benefits of Automation?

We've already mentioned that the cost of automation for corporations can be quite attractive. Spending some money to renovate a factory can pay off big time with added output and lower payroll costs. Plus, products are generally cheaper to produce if they are automated. That means we all benefit when we see wholesale and retail prices drop as a result.

And even though laborers have some reason to fret, many have already benefited from automation. It might not seem like it at first glance, but replacing humans with automation has actually saved lives. Machines, robots and technology and taking the place of humans in some dangerous environments. At various points in human history, people have had to toil in awful situations merely to survive. The recent push toward automation, as in previous advancements, has pushed out humans. But in many cases, those workers have left an often deadly industry to a safer workplace.

What Are the Drawbacks of Automation?

We're likely to see a continuous upsurge in automation over the next generations. And that is enough to have more than a few people in this generation pretty nervous. Uncertainty about how these new machines will affect -- or replace -- us can seem scary. Even though humans have been able to work in the face of previous advancements, this is different.

Some experts think the artificial intelligence revolution could make humans all but obsolete. Most jobs of today could conceivably be replaced by a smart enough machine. Even though there are already some effort to retrain workers for a new labor frontier, it might not be enough. In any case, it's pretty clear that the cost of automation is a much different future than many of us expected. That can be frightening and exciting, often at the same time.

What Is the Future of Automation?

Here's where it gets pretty tricky. While we can predict the immediate future of automation with some accuracy, beyond that is a mystery. Technologies including self driving cars stand to revolutionize transportation and other industries. Self service computers are already replacing clerks and other service industry employees.

But we can only speculate about what comes next. Like power looms and other technologies that revolutionized manufacturing, automation is coming. And many experts believe that, like in the past, technology will create new jobs. Whether everyone benefits, however, remains to be seen. That's why the cost of automation varies widely and is higher for some people than others.

​More industries than ever before now must weigh the cost of automation.

Chances are, you'll be hearing more about this issue as it becomes a more immediate topic. We hope our quick tutorial has helped clear things up a bit.

If you learned something, share this article with your friends and family. And leave us a comment below if you have any final thoughts or questions.

Related Article: Jobs of the Future for the Ever-Evolving Digital Economy