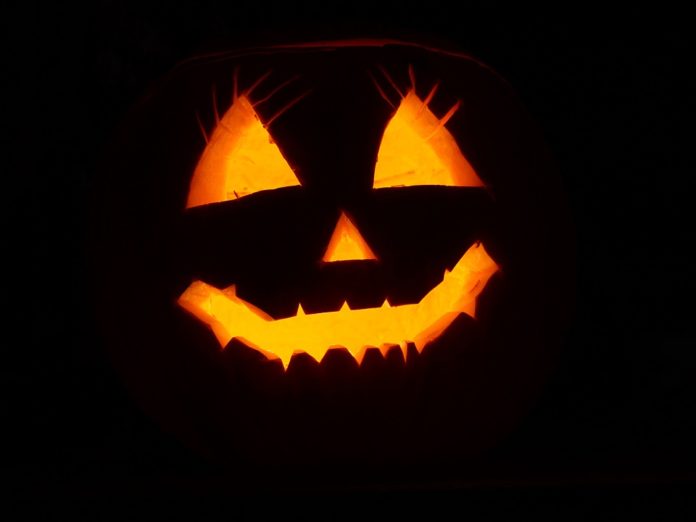 Each year as October winds down, kids and adults alike look forward to Halloween.

You might go out trick or treating or maybe you stay in with friends and lots of candy. Whether you prefer a haunted house or a fun costume contest, there's lots to enjoy. Much of what you consider to be Halloween tradition has been around longer than the holiday. Some of the other aspects came along much later.  So, do you know the history of Halloween? We bet there are a few things you hadn't heard about the holiday's traditions. After looking into the topic, we're more excited than ever to celebrate on October 31. Keep reading and you might just feel the same way.

Exploring the Haunting History of Halloween

Chances are you have your own childhood memories of this holiday. Lots of kids around the world celebrate with sweets treats and scary antics. But the traditions associated with Halloween go back much, much further. But before we get to the earliest origins, let's define the holiday as we know it.

You probably know when it comes and what it means to celebrate. Let's dig a bit deeper and get into the real meaning of this special date.

To understand any subject, you've got to be able to define it. So let's start with a basic overview of the annual celebration. In its most basic terms, Halloween derives from the day All Hallow's Eve. As you can probably tell, the following day -- November 1 -- is All Hallow's Day. In a prelude to that Christian religious holiday is a celebration of more evil spirits. It started with some pretty dark roots that remain with us today. But typical celebrators these days tend to gravitate more toward the fun aspects.

There are certain aspects of the day you might be familiar with. Many of them are derived directly from the history of Halloween. Of course, they've changed a lot over the generations. And the way it is celebrated around the world can vary extensively. Keep reading for specific details about how the holiday we know took shape.

Where Did Halloween Start?

The earliest example of a holiday resembling what we know as Halloween comes from Indo-European culture. At that time, Celts celebrated a festival to mark the end of summer. It came near the beginning of November, around what would become All Hallow's Day. But the history of Halloween actually dates back further than that.

Samhain was the name of that festival, though historians don't have much more info on its origins. They know it was related to the harvest and featured community wide gatherings. But some experts believe there was also an element of connection to the dead. One folklorist said they believed in "a day when spirits of the dead would cross over into the other world." It is perhaps that aspect more than any other that lives on in our modern Halloween. When All Hallow's Day came along, historians believe they spawned off the holiday we now celebrate on October 31.

When Did Halloween Start?

The first records of Samhain date back about 2,000 years. Before Christianity spread globally, Celts celebrated this holiday. But it took the influence of Christians, particularly in Ireland, to shape it into Halloween. Some of the earliest traditions come from a practice popular in Britain and Ireland.

That came on November 1 and involved typically homeless and poor kids asking for food. This was known as "mumming and guising" and allowed participants to dress up. They would often perform short skits and pray for the dead in exchange for food. Many experts believe it was this practice that evolved into trick or treating.

Where Is Halloween Celebrated?

These days, Halloween is mostly a Western celebration. Throughout the 20th century, it became closely identified with American culture. It really took shape in the way we know it after the end of World War II. By that time, celebrants had become accustomed to pranks. Throughout the history of Halloween, tricks had been a major part of the tradition.

About 100 years ago, the festivities had become disruptive and even dangerous in some places. It was pretty common for hoodlums to engage in tipping outhouses and throwing eggs on houses. What we know as trick or treating came as a compromise. In post-war America, it allowed kids in residential neighborhoods to have a safe way to celebrate. There are still some bad actors who try to cause mischief and mayhem on October 31. But all the evidence shows that the holiday has become much tamer in recent generations.

How Has Halloween Evolved?

The more things change, the more they stay the same. That adage could apply to holidays, too. For Halloween, we've certainly seen it become far more commercialized. In a trend that has also impacted Christmas and other holidays, you'll find plenty of retail decorations. There's pressure to buy costumes, candy and other Halloween paraphernalia.

But in the way we celebrate today, we can find plenty of remnants from the history of Halloween. Bobbing for apples is one clear example. It traces its roots to colonial America, where it was used as recreational fortune telling. As the legend told it, the first person to grab an apple in his or her mouth would get married next. Apples have other ties to both Halloween and marriage, according to historical tradition. It was Irish immigrants who brought many of these customs to the U.S. So that means what we celebrate is largely shaped through that lineage. Ideas of witches and other supernatural events also come from this history.

Now that you know the history of Halloween, all that's left is to settle on a costume.

We hope our quick history lesson has given you a new appreciation for the holiday. An we wish you spooky fun no matter how you choose to celebrate.

If you enjoyed our article, share it with the Halloween fans in your life. And leave us a comment below if you have any final thoughts or questions.