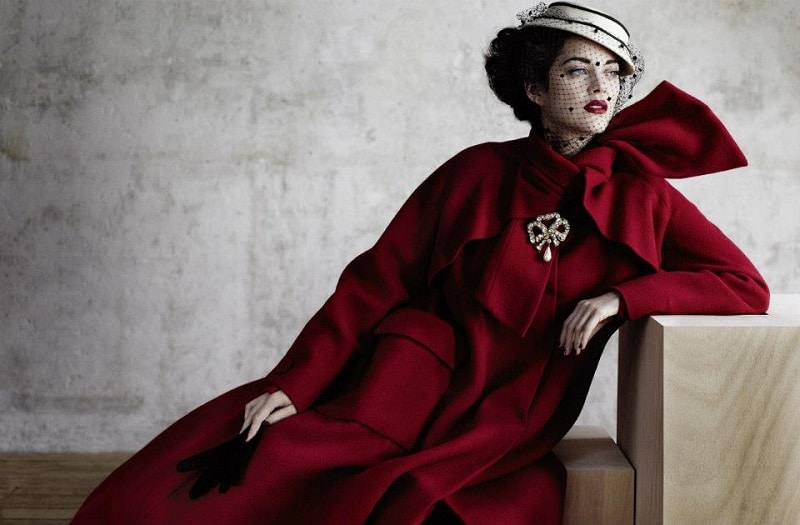 There’s a complex meaning behind the label “haute couture”. The two words represent fashion in its most rarefied form, clothing made entirely by hand, and the use of designing techniques unimaginable elsewhere. Nowhere else in the fashion sector do people spend hundreds – sometimes thousands – creating a single garment. Therefore, this elevated segment of fashion is crucial as it keeps specialist crafts alive and well. But even though it’s a direct link to the 18th and 19th centuries, many people have starting asking Is haute couture still relevant today?

“I think there’s still a fantasy element to haute couture that makes it the pinnacle of fashion,” said Susie Bubble in a Vogue interview. “In an age when fashion is so readily available in many guises and forms,” she says, “haute couture with its petites mains, time-consuming processes, and ateliers is the diametric opposite of fast and accessible fashion.” And her simple words manage to elegantly capture the transformative essence of this centuries-old tradition.

According to Paola Di Trocchio, haute couture the transcendent expression of fashion blending with art. It is fashion presented on the body and worn for the pleasure of the eye. On the other hand, it’s also a sector that perfectly represents a high level of craftsmanship. The medium really shines through the specialist skills behind haute couture. The couturiers – in the original, pure sense of the word – illustrate the best that fashion has to offer.

As with other types of fashion, haute couture claims several schools of thought. The unequivocally French craft demands recognition, since it can be traced back to the court of Marie Antoinette. However, the first official couturier was not French. It was an Englishman, Charles Frederick Worth, who in 1858 opened the very first couture house. Worth also receives credit for establishing what we know today as the Chambre Syndicale de la Haute Couture. This official body is responsible with deciding which fashion houses may enter the ‘haute couture’ segment. These maisons must meet rigorous criteria, including employing over 20 full-time staff, creating made-to-measure clothing with several fittings at least twice per year, and opening an atelier in Paris.

But times have changed. We now live in an age where immediacy dominates over everything else and everyone considers choice as a basic human right. In a time when “here and now” rules, people have started debating the relevancy of haute couture. Some argue this fashion segment is nothing but a dusty tradition originating in French arrogance. Meanwhile, others believe it is and it should be preserved as an art form. Haute couture is, for the latter category, the fundamental expression of a designer’s skill and talent.

But it is perhaps more significant to ask what haute couture represents for fashion today. These ideas have been gradually absorbed into ready-to-wear collections. Many high fashion houses have caved in and created their own ready-to-wear segments, allowing the fantastical and haute couture to step into the realm of the everyday.

Haute couture is a French term (it means ‘high sewing or tailoring’) representing the highest, most select work of a major fashion house. However, not all fashion houses create a haute couture line. The term describes only those outfits custom-by one of the big designers of the time. When we say big designers, we think of John Galliano for Dior, Karl Lagerfeld for Chanel, or Yves Saint Laurent/Tom Ford for Yves St Laurent. Most haute couture houses produce only about 1,500 dresses each year.

The clothes designed by major fashion houses continue to offer the best examples of haute couture handcraft. The craftsman skill transpires through the garments encrusted with microscopic sequins, glimmering with iridescence, hand-embroidered flowers, and degrading into ostrich feathers. Chanel is one of the champions of these well-preserved artisan-forms. They even bought several specialist workshops – including the embroidery house Lesage – to make sure Chanel survives the twenty-first century. As a result, their hard work has become essential to the magical terrain that is haute couture. Here are some other fashion houses that create elegant haute couture collections.

Yves Saint Laurent is one of the couturiers that simply revolutionized the 20th-century fashion. Like many others, he started out his career under the watchful mentorship of another designer: Christian Dior. Yves Saint Laurent showed great eminence from a young age, which is why he became Dior’s haute couture designer when the designer died in 1957. He took the reins of the fashion house when he was just 21 years old. All throughout his career, Saint became the greatest designer in the industry.

Ever since Christian Lacroix became a couture house in 1987, its style was popular for standing out in its exuberance, uniqueness and baroque nature. The Hispanic inspirations and colors, the innovative forms borrowed from theatrical – these are just some of the features that make Christian Lacroix an absolute sensation in fashion circles. The House of Christian Lacroix today still conserves its heritage of exceptional richness. With innovations and talent, the Studio of the House is pushing its limits by reviving the signature themes of the Lacroix House.

Chanel is the name that instantly springs to mind when one thinks of luxury, high fashion, and to-die-for glamour. Famous for Little Black dresses, quilted bags, and that iconic double C logo, the French haute couture house is one of the most well-known brands in the world. Chanel revolutionized haute couture by creating comfortable, casual suits and dresses. The label made them popular at a time when the fashion world favored constricting corsets and frowned upon casual attire. Chanel will always be one of the most glamorous fashion houses in the world, creating new designs for us to lust after season after season.

The house of Christian Dior is more than a leading modern fashion giant. It’s also a brand that boasts timeless designs and an incredibly rich history. From the very beginning in Paris to the steady global expansion, this label has never stopped surprising the fashion world with its magical collections and original approach to fashion. In 1995, The Dior Haute Couture founded its standalone division for high fashion called Christian Dior Couture. Starting with Christian Dior himself, Yves Saint Laurent and then John Galliano, the house never lacked a genius mind at the helm.

“His are the only clothes in which I am myself. He is far more than a couturier, he is a creator of personality,” is what Audrey Hepburn said about Hubert de Givenchy.

Praised by some of the most iconic stars of the 20th Century – from Grace Kelly, and Elizabeth Taylor to Jackie Kennedy and his most famous muse Audrey Hepburn – Givenchy speaks of a legacy synonymous with Parisian chic for over 50 years. In 1952, he established a couture house called la Maison Givenchy. It was soon after that when he launched his debut Separates collection. Two years later in 1954, Givenchy became the first couturier to extend into the luxury ready-to-wear sector. After Givenchy sold his label in 1988, the business only went from strength to strength under some of the industry’s most brilliant designers.

In spite of the incredible success of haute couture among the wealthy, the fashion community in general, has slowly lost interest. One of the reasons is the gradual sterilization of individual style. Trends have become the norm. Therefore, luxury fashion houses cannot ignore them, forced to create clothing collections based on the year’s biggest trends. That’s how major haute couture houses have started creating fewer collections based on genius and innovation.

For instance, the legendary Christian Lacroix fashion house used to dominate the industry from the late 80s up until its concluding collection in 2009. But even though Lacroix was one of the most iconic designers of his time, his brand failed to turn any profit. Ultimately, the house closed its doors, plagued by massive debts and ebbing public interest. Other design houses like Hanae Mori, Ungaro, and – most recently – Saint Laurent, have also halted their production of haute couture. The expense of creating such pieces combined with the lack of clientele is no longer enough to justify its production.

In the end, if we question the relevance of haute couture, we question fashion itself. Without couture, fashion will soon start to become irrelevant. There is no story to tell. Without haute couture, the fashion industry will turn into yet another industrial engine, pumping out plain clothes that simply represent profit and uniformity.