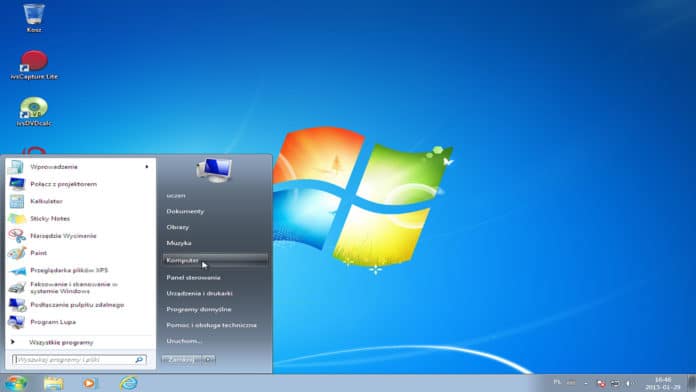 In an announcement on their website, Microsoft announced that they would be ending support for one of their more popular operating systems.

A couple of years ago, Microsoft announced their “last” version of their flagship operating system, Windows 10. This is not to say that they are stopping to improve or update the product, but it would no longer be something customers have to purchase. However, because of the unreliability of “new” versions of Windows, many users stick to the operating system they know best. For about 43 percent of personal computers, that OS is Windows 7.

Of their recent releases before Windows 10, Windows 7 was about the only one positively-reviewed. It introduced a number of features, such as the ability to “pin” programs to the taskbar. Well, on January 14, 2020, the company will no longer offer support or updated drivers for the service. The represents the inevitable end to one of the only bright spots in Windows’ past 15 years.

The History of Windows 7

The history of Windows 7 goes back to 2009, but it’s story begins much earlier. Windows was the dominating operating system on personal computers, but Microsoft didn’t want to lose their edge. With Apple poised for yet another comeback and the tech field diversifying, they wanted their OS to still be innovative.

Thus, they released Windows Vista which sought to reinvent the wheel, and it was a total flop. It had extreme hardware requirements, made it difficult to use media files, and was incredibly overpriced. Customers were unhappy, and Microsoft had to work fast. Rather than simply upgrade Vista, the brand was so tarnished they changed the operating system’s name.

Windows 7 a Safe Haven from Windows 8

About three years later, Windows released their next operating system that was designed to work on both traditional and touchscreen machines. Windows 8, the first step into the future of Windows, was an unmitigated disaster. Critics and users alike hated it, at least on traditional computers. Windows 8 actually was a great OS for tablet computers, easily superior to the iPad OS.

Had they just rolled this out on those, it might have performed better. As it was, Microsoft’s engineers had to get back to work, leaving many folks to decide to just keep Windows 7 on their machines until it wasn’t an option anymore. Windows next release was an improvement, but it wasn’t good enough to cause people to switch to something new from an operating system they knew and loved.

It’s the ghosts of Vista and Windows 8 that haunt the latest Microsoft operating system. It too is bloated with software and processes users don’t need and can negatively impact your computer’s performance. However, these processes can all be turned off, improving performance greatly. Also, the Windows 10 virus software is a memory hog as all virus software is, but this system is greatly improved and seemingly makes third-party virus software redundant.

What’s best about it is that it represents a massive shift in how Microsoft does business. You pay for Windows 10 once (or not at all if you download the installation software and use your Windows 7, 8, or 8.1 activation key), and it updates for free, forever. This represents Microsoft’s shift towards software-as-a-service rather than paying for individual programs.

Still, people don’t like change. Despite it’s features, from the Cortana voice assistant to a free three-dimensional image editor, people don’t want to make the switch. It was the same thing with Windows XP, which Microsoft stopped supporting one year before Windows 7 debuted. Eventually, Windows 10 will be the only workable option left, unless you want to switch to Apple or Linux.

Still, Windows 10 keeps a lot of what was good about Windows 7. The new operating system has its problems, but if the customer base makes enough noise Microsoft addresses it. For example, there was a process meant to improve system performance that actually slowed things down. It was removed in the latest update, confusing those of us who automatically went into Services to shut it off again after the computer restarted. Yet, like it or not, soon Windows 10 will be your only option.

Windows 7 was a popular operating system and arguably saved Microsoft but ending support for it makes sense given the company’s forward direction.

Windows 7 helped Microsoft survive a very rough decade where most of their releases failed to achieve the sort of success they were used to. While their operating system seems to be again on track, it’s going to be a hassle for people and businesses who use Windows 7. They will have to update their machines, and if they can’t run Windows 10 they will be stuck with the sub-par Windows 8 and 8.1. Still, the speed at which our technology evolves means that change will be the only constant. For Windows 7 users, the change they’ve dreaded has finally come. Still, all is not lost. Windows 10 is a passable replacement, and at least you won’t have to pay for the successive upgrades.

What do you think? Did you use Windows 7? Tell us along with your thoughts, reactions, and experiences in the comments below. Don’t forget to share the article on social media if you liked it.

Related Article: How to Accessorize Your Computer and Maximize Your Efficiency