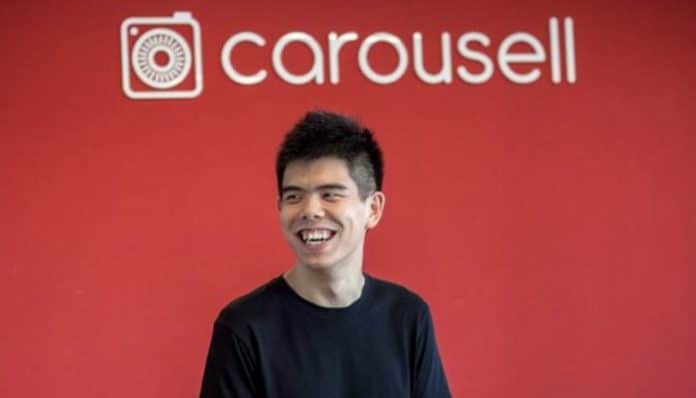 Just a few years ago, Quek Siu Rui met with the board of his Singapore startup Carousell to decide whether or not to sell. At the age of 26 this $100 million offer could make him rich beyond his wildest dreams. He said no.

He wanted to keep building his Carousell. And believe it or not, his decision was a good call. Today, the company is valued at over $500 million and it’s obvious to say, Quek doesn’t regret it. He told Forbes “In the start-up phase of our business, we were laser-focused on growth and our mission to inspire the world to start selling."

The Inspiration Behind Carousell

Quek and his partners got to know each other at the National University of Singapore. Self-described geeks, they bonded over their shared love of buying and selling gadgets over the web. During their university years, they spent a year in California’s Silicon Valley. It was here that they attended talks by tech moguls including Facebook founder, Mark Zuckerberg.

In 2012, they founded Carousell, naming it after the famous Kodak Carousel projector featured on the TV show “Mad Men.” It didn’t take long for a steady millennial fan base to come pouring in. Carousell is a smartphone and web-based consumer to consumer marketplace for buying and selling secondhand goods. Consider it the next Ebay.

The Expansion of Carousell and What’s Next

“We’ve been fortunate to have investors that see the value we’re creating." He went on to say, “This is a once in a lifetime opportunity. We want to build an enduring company.” Carousell, now operates in a seven international markets, including Singapore, Hong Kong, Korea, and Australia.

After raising another $85 million in recent funding rounds, Quek plans to build out Carousell’s existing markets. His plans include Indonesia, the Philippines, and Taiwan. Carousell also belongs to a league of what is known as classified marketplaces. This includes the Seattle-based OfferUp Inc. and Japan’s Mercari, Inc.

The Moral of the Story

If you have a great idea for a business, don’t sell out at the first offer. Be sure of your decisions. Kuo-Yi Lim, a managing partner at Monk’s Hill Ventures in Singapore said “The rise and evolution of Siu Rui has been phenomenal. Without question, they are going to be attractive to a lot of people. The question for Siu Rui and his team is, 'Is this the right company to sell out to? Is this the right time to give up control or should we continue to shoot for the moon?'”

Qui acknowledges that he continues to get offers for Carousell on a regular basis but the company is still not for sale. “We want to be in the driver’s seat,” he said. “We are less than 1 percent done.”

Related Article: Have You Heard About Elon Musk’s Plan to Rate Journalists, Pravda?