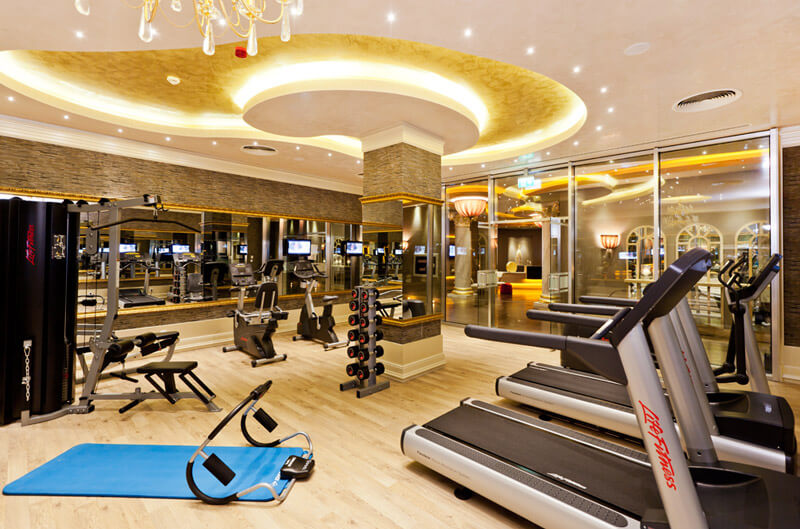 It’s hard to say no to a luxury gym. From the way it looks, to the amenities we receive, to the feeling of exercising in the best possible conditions, there’s no denying that luxury gyms are extremely appealing to many people. Still, not many people can actually afford them, since they’re as expensive as they are luxurious. The question we need to ask ourselves is “What happens to people who can’t afford to go to the gym or exercise in any way?”

Since going to the gym not only keeps you fit, but it also keeps you healthy, it could be argued that people who don’t have the financial ability to train in luxury gyms are more prone to health issues as a result of the lack of physical activity than people whose income allows them to visit such gyms. Today, we’re going to delve into the topic of luxury gyms and see why they’re so controversial and what could be done to avoid controversy.

Why Are Luxury Gyms More Expensive?

Before getting into the main topic of today’s article, we thought it would be useful to first take a look at what makes luxury gyms so expensive. First of all, one of the main differences between a luxury gym and a medium-priced one is the fact that the former typically offers more types of classes. For instance, if you buy a membership at a luxury gym, be it for a month or a year, you get to choose between pilates, yoga, cycling, cardio, and so on.

The second thing that motivates the price of a luxury gym is the fact that you get a lot of amenities. Amenities include access to a spa and/or a sauna, a café where you can enjoy a cup of coffee or a smoothie after your workout, and extremely large and comfortable locker rooms. Not to mention the fact that the equipment looks phenomenal and the surroundings as well. There are smaller amenities too, such as all sorts of cosmetics from famous brands or eucalyptus-scented towels. 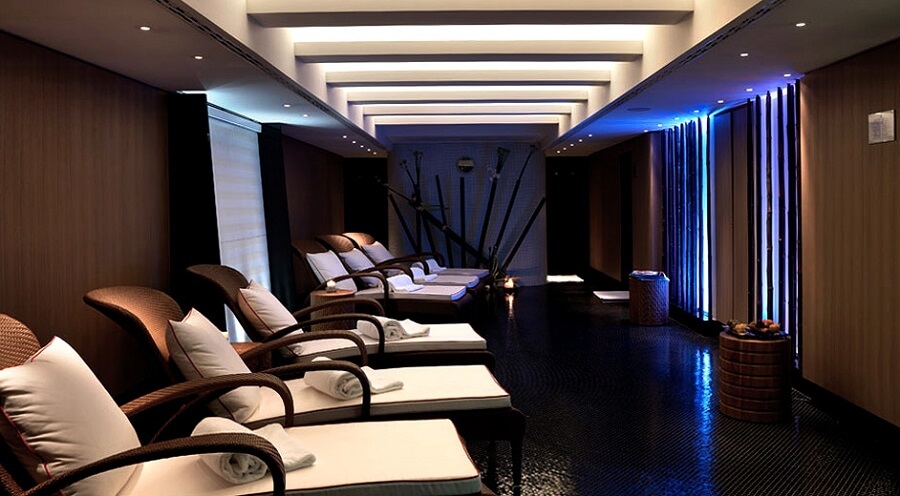 Still, are all these amenities worth the price? Do luxury gyms really help you get fit and become healthier faster and more effectively than others? It could be argued that the answer is yes, since most of these type of gyms also come with highly trained specialists that provide you with their full attention and design a type of workout that is targeted to your specific needs.

All in all, it’s true that if you go to a luxury gym, you have the possibility of focusing more on the type of training that works for you and benefit from the advice of dedicated personal trainers. However, it’s also true that part of the sum you pay is charged to you because of the overall experience, including the atmosphere, the décor, and the amenities.

As nice as everything we’ve mentioned about luxury gyms sounds, the truth is that not many people can afford them. At the same time, it’s no secret that we’re confronted with an extremely dangerous inactivity crisis that is causing people to put on weight and endanger their health by indulging in unhealthy food and spending most of their time indoors on their computer.

In fact, it’s not difficult to notice two opposing tendencies when it comes to people exercising. The first one is the fact that more and more gyms, especially luxury ones, are opening all over the world, each of them promising exciting things to their potential clients. There’s a category of people who are hungry for new types of physical exercises, be they new cycling, barre, or CrossFit. After all, all these gyms wouldn’t be opening if they weren’t almost entirely sure that they’re going to be successful. So what is the problem here?

Then, what are people who can’t afford luxury gyms to do? It’s easy to say that attending a gym is not the only way to keep your health, and that even people who don’t have that much money can go run in the park for instance. Still, if you look at the statistics, the government doesn’t do much to invest in parks, green spaces, playground areas, or even city sidewalks in some neighborhoods. This means that most people are forced to go to the gym if they want to exercise, since the most basic and low-cost options are not available to them. 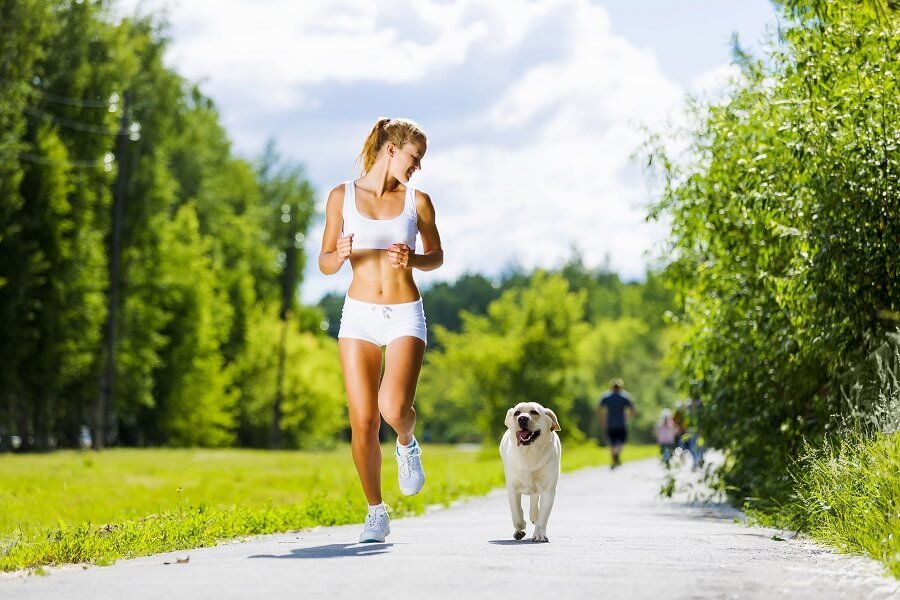 Even if there are gyms that cost less, the reality is that there’s an increase in the number of luxury and high-priced gyms that we encounter around town. Think about the last time you saw a gym where less wealthy people could exercise, as opposed to a trendy gym that promises to provide you with the newest exercising techniques. What does this tell us about our society’s approach to physical exercising and health?

Luxury gyms are becoming more popular and the government doesn’t seem to be interested in providing people with cheap places where they can exercise points to the idea that we’re making physical activity less accessible than ever. Instead of making sure everyone gets access to physical activities that can help them live a healthier life, private companies are making gyms exclusive places, where only people who are wealthy enough can go.

In a way, it can be argued that there’s a trend of privatizing physical activity. There rarely are public places where everyone can go to exercise or attend a free yoga class. Instead, there are luxury gyms and boutique fitness chains that create a brand that people are dying to become associated with. It’s not only about exercising anymore, it’s about belonging to an exclusive group of people who center their lifestyle around a certain type of physical activity.

What Can We Do to Prevent This from Happening?

One of the best ways in which a society can approach the issue of physical activity and implicit health – or lack thereof – of its members is by making sure that people get sick less often and stay healthy for a longer period of time. How can we do that, you ask? Well, a first step would be to make it extremely hard for people to purchase food that is bad for them, while making it easy for them to buy healthy food and have access to different ways of exercising.

Currently, the exact opposite is true. How many times have you walked into a supermarket determined to buy something healthy to eat, only to be left with no other choice than purchasing unhealthy food because of the lack of healthy produce varieties? If the answer is too many times, then you’re already aware of the problem.

Apart from the issue of alimentation, we come back to the main topic discussed in this article, namely the controversy surrounding luxury gyms. Since we’ve established what makes this issue so controversial, it’s time to look at ways to dispel controversy and find a solution to the problems it gives birth to.

The main idea is that today’s society should pay more attention to equal exercising opportunities for everybody. This means both cheaper gyms, and public places where people can attend different classes for free or for a small sum of money. Moreover, there’s also the solution of building more parks and green spaces where people whose financial situation is not that great can go jogging or engage in other physical activities unencumbered. 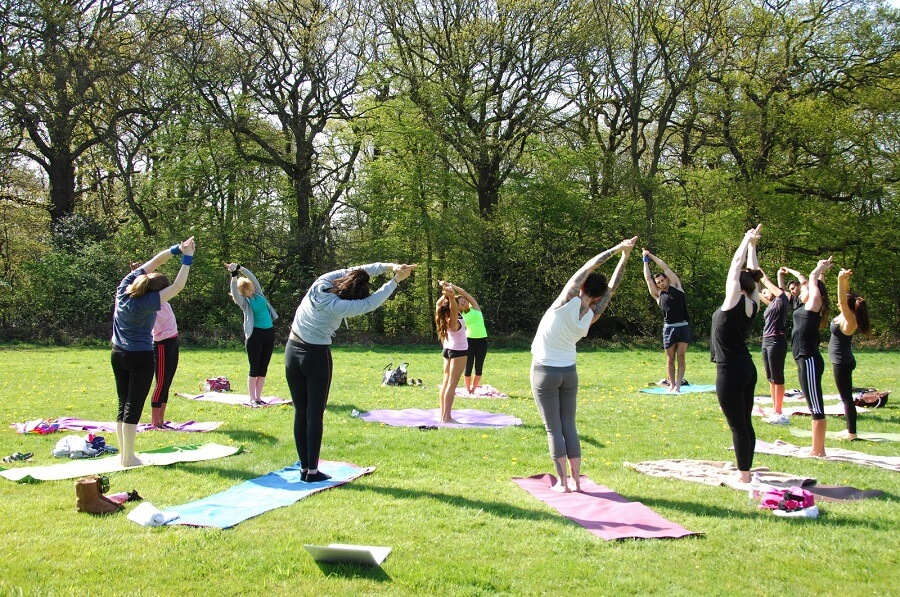 As gorgeous and appealing as luxury gyms are, there’s no denying that the increase in the number of such gyms that we’re currently witnessing doesn’t only have positive consequences. That is not to say that luxury gyms don’t have their benefits as well. As we’ve already mentioned, not many things can compare to the luxury gym experience where a personal trainer takes care of your needs, where you can go to the sauna or spa once you’re done exercising, where you can sip a cup of coffee and mingle with the rest of the members, and where you’re surrounded by so many amenities and exquisite interiors and technologies.

The solution to the controversy that surrounds luxury gyms is not to close them down. The problem is not that luxury gyms exist, it’s that their existence is not balanced by the existence of the same number of more affordable gyms, and more importantly, of public spaces where people can exercise without paying a large sum of money. In conclusion, as long as everybody has access to different places where they can exercise, luxury gyms shouldn’t be considered an issue in today’s society. Unfortunately, there’s a long way to go until that happens.