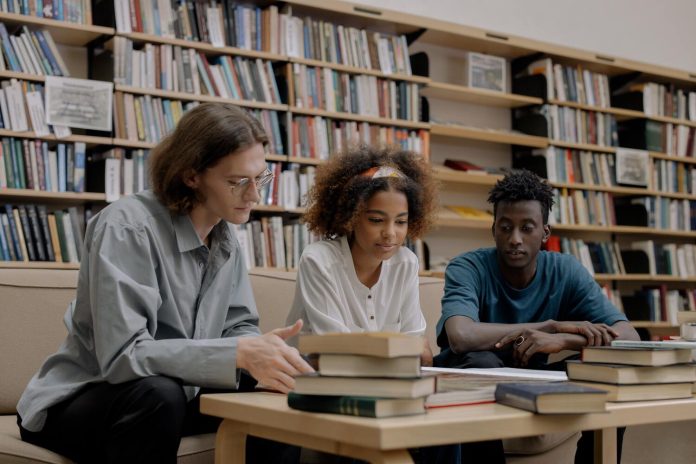 Studying for a degree is a defining moment in many people’s life. It sets a trajectory that you could well be following for the rest of your life.

While deciding what you want to study is critical, deciding where to study can be just as important.

If you’ve been considering studying abroad, the UK has to be on your radar. In this article, we’ll be talking about why you should study abroad in the UK.

The UK has a long history of higher education and being home to universities like Cambridge and Oxford, it’s no wonder why.

Oxford University, which is nearly 1,000 years old, is ranked as the number one university in the world (Times Higher Education rankings) and has been for the last 6 years.

Even if you aren’t considering attending Oxford or Cambridge, the UK actually has 8 out of the top 50 universities worldwide with schools across London, Manchester and Edinburgh making the grade.

With some of the most prestigious and historic universities in the world, the UK is a nation that clearly offers education of the highest standards.

University life is about more than just your degree. This may well be your first time heading out into the wider world.

It’s an incredible opportunity to make new connections, visit new places and experience new cultures, and the UK is a great place to do that.

For starters, the UK is made up of 4 different countries (England, Wales, Scotland & Northern Ireland) each with its own unique culture. This might seem strange for such a small island, but there’s a distinct difference in everything from geography, to accent, to the way of life from one area to another.

Not only that, but the UK has a deep history of international relations and a rich and diverse population. Cities like London & Manchester are cultural melting pots and offer a unique opportunity to not only experience British culture, but also that of the hundreds of different nationalities that have decided to call the UK home over the last century.

London itself is one of the most culturally diverse cities in the world with an estimated 230 languages spoken. London is home to 4 universities in the top 10 in terms of the number of international students.

You’ll never struggle to find something to do in England’s capital city either. With a rich history, countless tourist destinations and dozens of suburbs with their own unique sense of style, London is a fantastic place to study abroad in the UK.

The UK is known for its high standard of living in comparison with the rest of the world. With higher than average wages, life expectancy, civic engagement and life satisfaction it’s clear that, statistically, the UK is a great place to live and study.

But what does that all really mean to you?

The UK scores 7.8 out of 10 in terms of health and this comes largely down to the free health care system, the NHS.

As an international student, you’ll have access to healthcare any time you need it. Whether it’s a routine checkup or something more serious, you’ll always be able to see a doctor free of charge if you study in the UK.

The UK score, again above average, 6.5 out of 10 in terms of standard and cost of housing.

As a student, though, you’ll likely find that your experience is much better than you’d expect.

You’ll find that this type of student accommodation in the UK puts the emphasis on providing a safe and comfortable space for you to carry out your studies, experience the culture and make new friends. By providing exceptional amenities such as games areas, social lounges, fully-equipped gyms and communal cinema rooms – all features of Novel’s student accommodation – a community atmosphere is immediately present from move-in day.

The UK isn’t just a great palace to study, it’s also a highly desirable destination to live and work.

As an economic hub of Europe, the UK is home to some of the leading businesses worldwide where you could be working with some of the brightest and best in your industry.

In many situations, applying for and being granted a visa to live and work in the UK can be difficult, but with the introduction of the 2-year graduate visa, staying on to further your career has never been easier.

How? Well once your graduate visa expires you’ll have spent 2 years working and improving your likelihood of being accepted for the skilled worker visa.

So, if you have hopes of working in the UK, or even living here long term, studying at a British University can dramatically improve your chances.

Experiencing new cultures is a rewarding and positive experience for most, but it’s nice to know that you’re not alone in your experience.

That number is massively on the rise too. Since 2016.17, the number of international students attending UK universities has grown by nearly 25%.