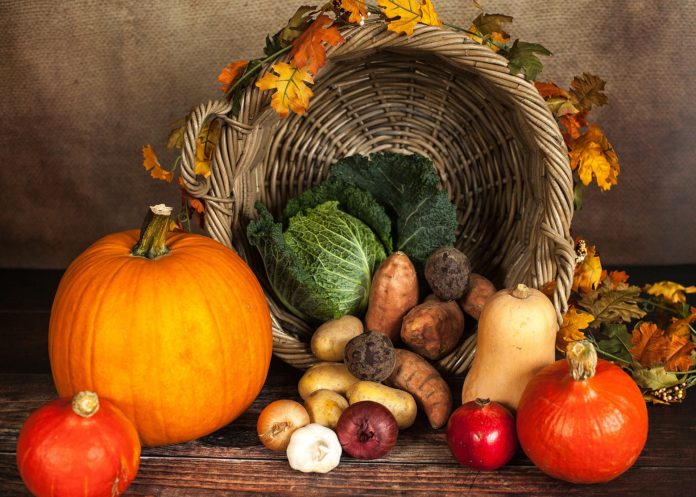 Thanksgiving is a time of travel, when families and friends separated by distance or just the rigors of life come together to enjoy spending time with each other.

However, if you’re going to travel anyway, why always go to the same place? Sure, tradition is important, but mixing it up every so often doesn’t ruin it forever. In fact, you could make it part of the family tradition, say every fifth year? It’s not a bad idea, especially if you have a good destination to go to. Sure, people might want to take a luxury cruise or travel to exclusive resorts in Bali or Barbados. However, you can still go somewhere that celebrates Thanksgiving (or a similar celebration) so you can stay in the holiday spirit. Below we highlight three of the best Thanksgiving travel destinations, all of which have activities happening around the time of the U.S. Thanksgiving holiday.

Take the turkey on the road and opt for one of these Thanksgiving travel destinations. You're sure to make family memories that will last a lifetime.

The history of the United States and its indigenous population is a tragic one, but one bright spot is the story of Plymouth Plantation. When the first settlers from Europe arrived, the winter was very harsh. The Wampanoag tribe helped the Pilgrims, as we’ve come to call them, survive the winter by sharing supplies and food. The next year, when the first harvest came in, the two communities celebrated together. They did it again a few years later. Sadly, the communal relationship between the two groups devolved terribly a generation later. Still, for one brief moment, the early American colonists got it right.

At the site of the original Plimoth Plantation there is an annual Thanksgiving celebration. They have a 1627 Harvest Dinner which features actors dressed in the clothing of the time. You can experience the way of life back then, from preparing food to the type of work they did to the way they entertained themselves. They also have America’s Thanksgiving Dinner, a classic meal with roast turkey and all the trimmings. There are speakers, actors, and Native American representatives on hand for this meal. Finally, there is an all-day Thanksgiving buffet, which features all of the traditional choices. If anything, this is the best Thanksgiving travel destinations. The Mutiny on the HMS Bounty is a famous and iconic story, that happens to be true. At least, parts of it are. A ship full of British convicts and some captive Tahitians captured the vessel and landed on a small island off the coast of Australia. Their descendants eventually moved to Norfolk Island, a common port of entry for seafarers. One such man, was American trade Robert Isaacson, who became the official United States consul on the island. One year, he decided to celebrate Thanksgiving. He decorated the church with lemons and palm leaves. He also hosted a feast for the community. Later that year, he died at sea and the locals kept up the tradition in his memory. American sailors continued to come to the island, which also helped keep the holiday current.

While Thanksgiving is a harvest festival, it takes place in spring for Norfolk Island, the last Wednesday in November instead of the last Thursday. Turkeys are hard to come by, so chicken is usually the main course for the feast. They make cornbread, banana pilaf, and green bananas cooked in cream. They also make Tahitian fish dishes and coconut bread. They still have pumpkin pie, though. While it started out as a way to honor Isaacson, today Norfolk Island Thanksgiving is a celebration of the island’s agricultural independence. Still, they have a large festival each year and welcome tourists for it, making it one of the top Thanksgiving travel destinations. Japan actually has a number of harvest festivals throughout the year. However, on November 23, they celebrate what is called Labor Thanksgiving Day. Originally, the holiday was called Niiname-sai, celebrating the harvest of cereals, rice, and grains. Yet, after World War II, this holiday was established to honor the tenets of the new Japanese constitution.

This holiday goes beyond simply celebrating the things they are individually thankful for. People are also supposed to reflect on issues relating to human rights, peace, and the environment. It’s also not really a big food holiday, but there are festivals and parades held throughout the country. Japan is a wonderful place to travel to, and this can give you a whole new perspective on the meaning of Thanksgiving. These Thanksgiving travel destinations do not disappoint!

Thanksgiving travel is usually focused on road-tripping to wherever your family sits down for their annual meal, but it doesn’t have to be.

It’s always nice to go home again, but it can be even nicer to travel somewhere new. Over the Thanksgiving holiday, you and your family can make new memories in exotic locales around the world. However, if you still want to feel the spirit of the holiday, there are places for that, too. You can still travel to far away locales from Massachusetts to Australia to the Far East. The memories you make and the culture you experience when you do travel to these places will be something you are definitely thankful for.

What do you think? Share your thoughts in the comments below!

Related Article:  Thanksgiving Around the World: The Amazing Trait These Traditions Share