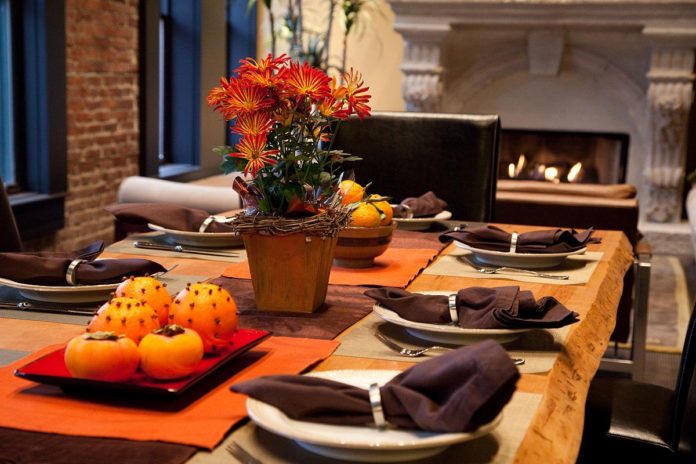 The holiday season is near, and a favorite for many American families remains Thanksgiving.

Many folks have unique traditions and memories tied to this special day. But do you know where some of the common hallmarks of this holiday originate? Some Thanksgiving traditions date back to the nation's earliest roots. Others have been a much more recent development. But whatever the story is behind your favorite part of Thanksgiving, every custom is special. And the Thanksgiving traditions below have combined to create the holiday we know and love.

Chances are, most of the traditions below will look familiar to Thanksgiving celebrants in the U.S. and beyond. You might also have a few unique ones to add to our list. However it is that you celebrate Thanksgiving, we wish you a very happy one!

A History of Thanksgiving Traditions

There's no wrong way to celebrate Thanksgiving. The truth is, it's a complicated holiday with a long history and troubling origin. But modern generations have typically chosen to celebrate togetherness as the stated mission of the day.

Giving thanks for loved ones and opportunities in life is a great way to stay positive. And each year, that is one of the few Thanksgiving traditions almost anybody can all agree on. So it doesn't matter whether you love all of the items on our list or have a completely unique way to celebrate. As long as you do it in the spirit of giving thanks, you're carrying on a long and storied chapter of American history.

Thanksgiving parades are pretty common in communities across the United States. Like many other national holidays, folks enjoy gathering to watch big floats and performers. But Thanksgiving really took off as the king of the parade holidays because of Macy's. Maybe you know the name for the department stores that have been staples in American malls for decades.

But the chain is also responsible for one of the biggest and most anticipated annual parades around. Despite the obvious connection it now holds, the first parade wasn't focused on Turkey Day. As it turns out, the brand just wanted to show off its massive store in Manhattan. The fact that the first one came on Thanksgiving was irrelevant to Macy's mission of hyping its showroom. It was actually a Christmas parade and was designed to increase the traffic of holiday shoppers. Now, nearly a century later, we're still mentioning the brand in connection to Thanksgiving each year.

For a holiday commonly referred to as "Turkey Day," it's obvious that the bird plays a big part. This is one of the oldest Thanksgiving traditions. And whether you enjoy eating it or not, you're probably very familiar with the connection. In fact, vegans and vegetarians often reference Turkey in their own versions of the dish. Tofurkey is sometimes served as a meat-free alternative for those who avoid such foods.

But turkey isn't the only option, of course. Many families include ham as a central meat in their Thanksgiving meals. A pork or beef roast is popular in some families. Others opt for seafood. Even the humble chicken gets an upgrade for some special Thanksgiving traditions. We might all think of turkey, but in reality it doesn't matter what is served for your big meal. Enjoying it with loved ones and making new memories is what it's all about for most families.

Looking at the dinner tables prepared around the country, it's obvious Thanksgiving is bad for turkeys. But dating back decades, one of the most popular Thanksgiving traditions has addressed that. The president has traditionally pardoned a turkey, sending it to live out its life on a nice farm.

It's not quite clear where this particular tradition started. But it could date back as far as Abraham Lincoln, who first established the national holiday. News reports from the 1860s indicate the president issued clemency to a turkey. Since then, records show presidents have received the birds as gifts around Thanksgiving. Some more recent reports point to Harry Truman as the initiator of the turkey pardon. But he was just the first to receive a bird from related food boards and unions. It seems to be a much older idea than that. It was after Truman, however, that the tradition became more common and consistent.

Families and friends have gathered for generations to watch a Thanksgiving football game. There are a few reasons this trend seems like such a natural match to many Americans. First of all, the holiday is right smack dab in the middle of the NFL season. As with many Thanksgiving traditions, seasonal cues are really common.

Then there is the obvious American infatuation with its version of football. Around the world, that's how many countries refer to what Americans call soccer. So on a holiday that is uniquely American, perhaps it makes sense that football is so intertwined. In many families, the tradition is deeply ingrained. Maybe you're plopped down on the couch all day, taking a break for turkey and stuffing. Even if you normally don't watch football, you might catch some action while visiting family. Is your clan more active? Many families enjoy heading outside for a friendly game of touch football instead of watching the pros.

An attitude of thanksgiving can often lead to expressions of kindness. As we think about what we have to be thankful for, it might lead us to share with others. Whether it's time, money or anything that could help others, Thanksgiving is a great time to volunteer. While soup kitchens might jump to mind, there are many different ways people help out.

And in some cases, an opportunity to get involved on Thanksgiving could be a reminder of our own blessings. Whatever motivates you to help others, chances are you'll be the one rewarded. Maybe you haven't really thought about volunteering. Or maybe it's crossed your mind and you kept putting it off. Taking that first step could be the start of a lifelong commitment to helping others. There are many great Thanksgiving traditions. But in the grand scheme of things this one could be the most important.

Family means a lot of different things. But most of us look forward to spending time with those we love during the holidays. And sitting down to a meal with your family is one of the longest lasting Thanksgiving traditions. This is the holiday that kicks off a season of family gatherings for some families.

So whether you see your loved ones daily or just get together with relatives yearly, it's important. It can give us a reminder of where we're from and a look at the path ahead. Sure, the gatherings can often be fraught with disagreements and differing opinions. But in the end, many families are left with the central theme of familial love that brought them together. And you don't have to share a common bloodline to be considered family. Even if you spend your Thanksgiving with some close friends, those same bonds can be just as secure.

Here's one that's been able to creep into our lives more and more in recent years. What started with Black Friday has morphed into a rush to stores earlier into Thanksgiving Day. Online shopping seems to have lowered the overall dash to brick and mortar stores. But that doesn't stop them from offering sales they say are among the year's best.

Whether it's worth the effort remains up for debate. But one of the lasting Thanksgiving traditions is spending cash. And it makes sense. After all, the first Macy's parade was basically a call for consumers to start buying Christmas gifts. And we've all gotten used to hearing holiday tunes in stores earlier than ever. Online retailers have certainly tried to capitalize on the annual trend, too. Wherever you spend Thanksgiving, it's probably won't be long before you start seeing ads.

We'll end with one maybe none of us would be proud to admit. But there's something to be said about taking some time to unwind. It's been a stressful year. Every year brings its own challenges and hurdles. On Thanksgiving, maybe you're thankful that you have some time to relax.

Enjoy it. Try to forget about the daily grind -- at least for an afternoon. Grab another plate of turkey and a piece of pumpkin pie. Stake out a comfortable cushion on the sofa. And take a nap if you feel like it. That's another reason it's great to be around those you love and who know you best. You probably want to be comfortable enough to let a bit of laziness show without any shame.

And no one says you have to stick to the traditions you already know. Sure, the ones on our list have been around for a while. But if you want to establish your own among those you look forward to seeing, that's great. No matter what it is, if it brings people together for a positive cause, you've got a tradition.

We hope our article has put some of these Thanksgiving traditions into perspective. If you enjoyed our list, share it with the people in your life. And leave us a comment below if you have any final thoughts or questions.

Related Article: Halloween Around the World and The Amazing, Different Traditions